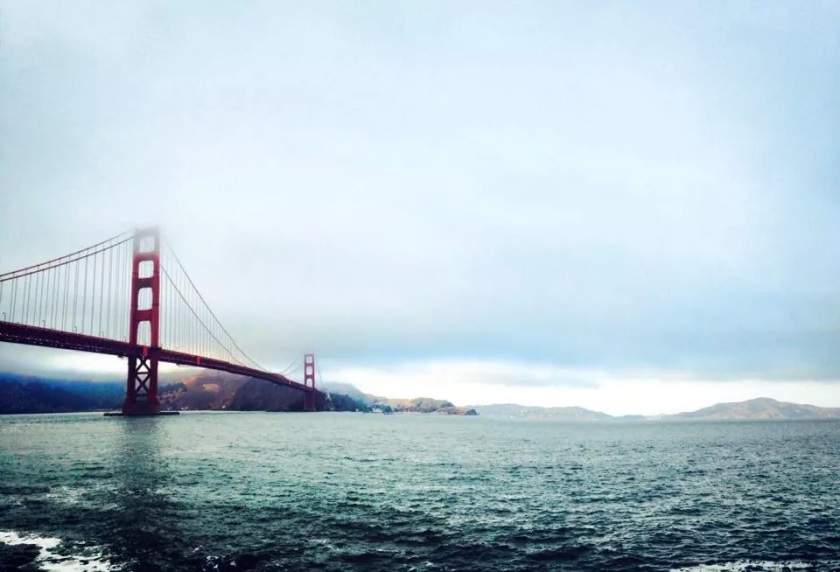 I had to battle a lot of demons in order to get the photo you see at the top of this post. Mood swings can be aggressive… Forget feeling bipolar; I was multi-polar, volatile, and explosive that day.

I went for run to get it out of my system. I walked down Bush Street to Polk, where I took off all the way down to Ghirardelli square, past Fort Mason, around Chrissy Field, and onto Fort Point right next to the Golden Gate Bridge, where the only options, once I got there, were either to jump into the water or turn around and head back home. It turned out to be a 10.8 mile, 2.5 hour ordeal, with the wind beating against me. I admit to walking most of the way back after passing Fort Mason again, but I did lunge up the Taylor Street hills, in case that counts for anything.

I am obsessed with the Golden Gate, which explains why I take so many pictures of it and why I always tend to gravitate towards it. As I was approaching the bridge, I was already mentally, emotionally, and physically exhausted; nevertheless, I decided to push harder at the last minute, just as I was thinking I would start winding down. I almost started crying, not from the effort my body was making, rather from the one my mind had to make in order to drown out all of the tiny voices inside of my head that had become huge monsters and that had been feeding me lies all day, mainly that I was worthless and not deserving of any love.

Silly, I know. Trust me. I am well aware that everything they were screaming at me are in fact lies, but oh, how they fuck with you when you’re vulnerable. Running was not a means of escape; it was a means of beating them, of literally out-running them when they were at their peak. And I did. By the time I got to the bridge, I was panting, trying my best not to bring on an asthma attack, but feeling victorious. I had healed.

The way back was still trying, but my mind was in a completely different place. I felt like me again, and I realized that writing clearly isn’t my only outlet anymore. I welcome this new hobby, which was born out of the pure enjoyment I get from the incredible San Francisco views.

In any case, the point is: we all have our demons, as I like to call them; those inner battles with ourselves that we are masters at ignoring instead of dealing with full on. In whatever way you choose, I invite you to face them no matter how hard it gets, knowing that you will be victorious if only for the sole reason that it is you who controls them, and not vice versa.

Our thoughts are extremely powerful; be careful how you feed them. Write, run, paint, scream (a pillow is great for that)… Whatever. Just do something, anything, that will give you the courage to be at peace with yourself once and for all.